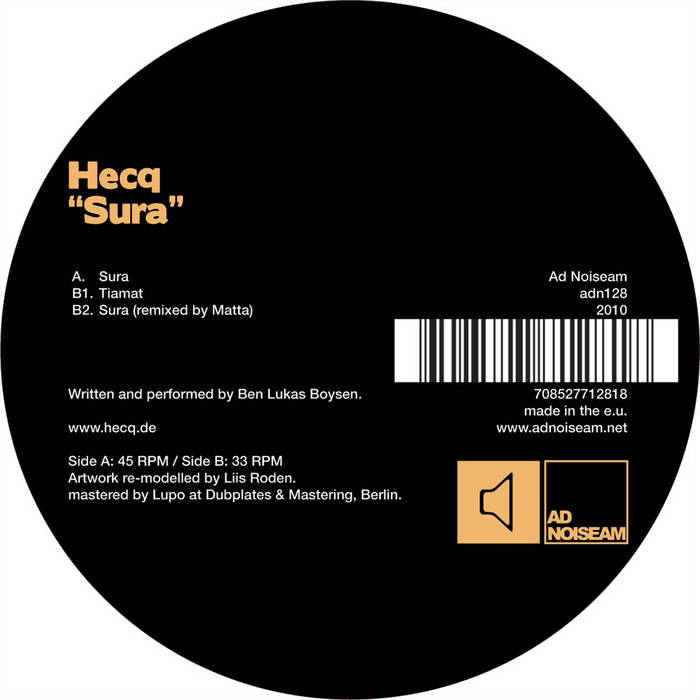 Dotflac One of the first tries of Hecq in the dubstep world (after modern classical works like Night Falls or abstract IDM tunes like 0000) is released here by Ad Noiseam.

Two tracks completing each other, Sura being held by a heady melody and a crazy beat drop rate, Tiamat being more a powerful rhythmic track, are presented in this EP.

Matta's remix doesn't sound too much, adding 8-bit-like tunes to the main tempo and melody of Sura.

Short but uncompromising, Hecq seizes the dubstep in his way. Favorite track: Sura.

"Sura" is the long-awaited release of Hecq's most energized tracks, which he has been performing live in the recent times. This multi-talented stakhanovite of audio production turns dubstep into a exhilarating new beast, in which the gargantuan basses come armed with sharp metal beats. The result is a record of epic proportions, comes as the redeeming encounter of the dancefloor and pristine audio production.

New sounds from Mavi, Ivy Sole & Moderator, plus AJ, the One joins the show, for her latest release