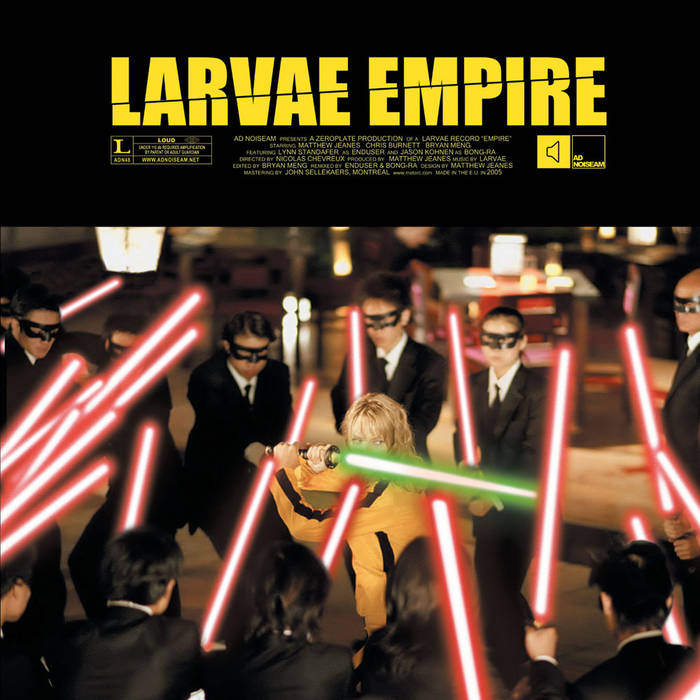 Following the "Fashion Victim" album and its "Monster Music" introductory single, "Empire" is a “different” release for Larvae. Having presented his music live worldwide, Matthew Jeanes realized that he had more expectations to live up to than ever before. He was not struggling anymore to find an audience for his weird beats, and heavy basses. People were dancing, praising the shows, and asking for more. And still, he knew that the second album would be of a much more laid back and quieter answer to "Fashion Victim". The off-the-hook, part novelty "Monster Music" had to find a sequel. But still, the Godzilla reference had to be put to rest, and "Empire" was born.